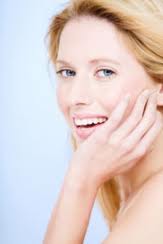 Starting braces treatment as the age of 43, I was prepared to receive some funny looks from friends and strangers when they noticed my “metal mouth”. My expectation was that the common perception of braces treatment comes with a bit of a social stigma at any age, but especially for someone in their forties or beyond.

Now that I have completed treatment, I can report that my experience, surprisingly, was quite the opposite.

With today’s smaller clear brackets, it usually took people five to ten minutes into a conversation to even realize that I was wearing braces at all. And when they did notice, their reaction was always one of genuine curiosity than anything else.

People wanted to know what I was having corrected — I had upper and lower crowding — and what my experience had been so far. I explained that the first few weeks were a bit of an adjustment, but after that I rarely noticed my braces. The only habits that I had to change were knowing how to choose braces friendly foods and brushing and flossing around the braces after eating as they are definitely traps for food.

Everyone was interested in SureSmile and how the technology enhanced the way that my orthodontist delivered care. Then the conversation would often turn to the treatment that they had received as a child and how they wished a treatment like SureSmile had been available then. For those who had not worn braces as a child, nearly all were interested in what braces might be able to do for them as an adult.

My personal conclusion is that as a society, our attitudes toward braces have changed significantly in the last few decades. What was once thought as a treatment for kids with more serious dental problems is now common for many teens, even a rite of passage.   And for adults who didn’t have the benefit of treatment as children, many are appreciating what straight teeth can do for one’s appearance and oral health. With advances in treatment such as clear brackets or hidden brackets (lingual braces) and especially technologies, such as SureSmile, that shorten treatment time while also enabling great results, it’s easier now for adults to consider braces.